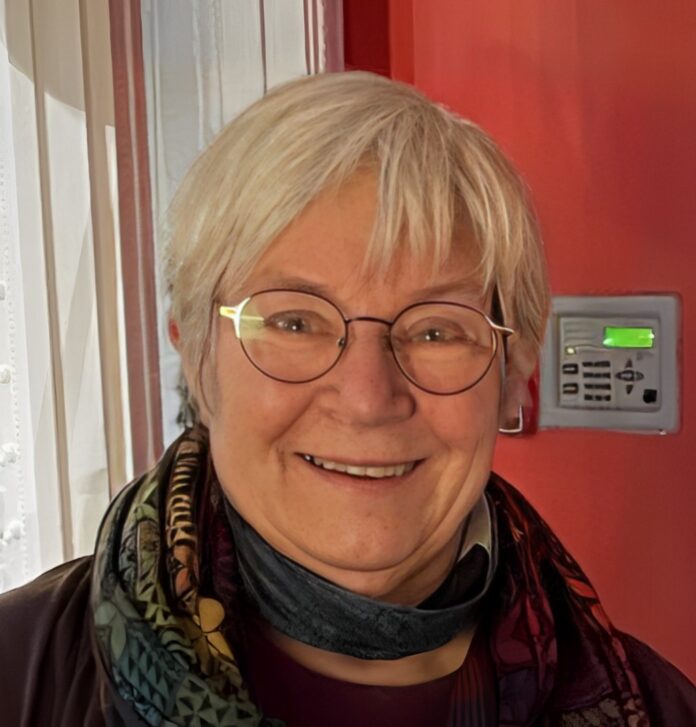 An Interview With Savio P. Clemente

Trust science. There’s such a lack of science literacy that it’s so easy to discount. Common sense means trust. There’s this horrible story of a thirteen-year-old girl, Omayra Sanchez who lived in Armero, Colombia. She was trapped and eventually her eyes turned completely black. All the volcanologists told the city planners to get everybody out of town. They just didn’t want to hear that. So they didn’t evacuate.

I had the pleasure to interview Leanne Wiberg, Science Adviser for the documentary film FIRE OF LOVE from National Geographic Documentary Films.

Katia and Maurice Krafft loved two things — each other and volcanoes. For two decades, the daring French volcanologist couple roamed the planet, chasing eruptions and documenting their discoveries. Ultimately, they lost their lives in a 1991 volcanic explosion, leaving a legacy that forever enriched our knowledge of the natural world. Director Sara Dosa and the filmmaking team fashion a lyrical celebration of the intrepid scientists’ spirit of adventure, drawing from the

Kraffts’ spectacular archive. FIRE OF LOVE tells a story of primordial creation and destruction, following two bold explorers as they venture into the unknown, all for the sake of love.

Our readers would love to get to know you a bit better. Can you tell us a bit of your backstory and what brought you to this specific career path?

Katia and Maurice Krafft were advertising a film that they had just started. They weren’t really known well in the U.S. but much better in Europe. They wanted to go to the Geological Society of America meeting to talk to people about that. I was working with a team on a major exhibition to go to 10 museums over a five year period. It was my job to get to know them. I needed to be present. I was training the docents and writing the training guide that would travel and track with the exhibition during that five year period. Sadly the Kraffts died two years into the run of the exhibition.

What are some of the most interesting or exciting projects you are currently working on?

I’m a writer and twice on the board for the D.C. Science Writers Association. I love to write and to teach. I do much better in informal settings like museums, library programs, and things like that. I don’t have the executive functions to be really organized.

There was a push to engage with the film FIRE OF LOVE, and this is a dream for me because I heard the message from the Kraffts in 1989 about how we shouldn’t underplay the dangers and hazards of volcanoes. If that message had carried through in 1989, we wouldn’t have had all the problems of deaths and fatalities from volcanic activity.

What was your familiarity with the work of Maurice and Katia Kraﬀt before the making of National Geographic’s documentary film FIRE OF LOVE?

Oddly enough, very little. Fred Mason Bullard who taught only graduate classes at The University of Texas at Austin let me audit his class even though I was only 19 years old. He never even mentioned the Krafts, and this was in 1979. It’s remarkable that they really were not on anybody’s radar in the U.S.

Maurice and Katia Kraﬀt were obviously people who lived close to death. What do you suppose kept their spirits firing?

They took joy in unexpected discoveries and the chance to document them. They chose to live while most people live to work. They sought comfort in nature, but more than that, they looked for connection and communion with an earth that they knew was 100% impersonal and at times very dangerous. They loved their fellow man, but they just related better to the earth.

What is the major takeaway that you would like audiences to glean from the film?

Trust science. There’s such a lack of science literacy that it’s so easy to discount. Common sense means trust. There’s this horrible story of a thirteen-year-old girl, Omayra Sanchez who lived in Armero, Colombia. She was trapped and eventually her eyes turned completely black. All the volcanologists told the city planners to get everybody out of town. They just didn’t want to hear that. So they didn’t evacuate.

Are there any misconceptions about volcanoes that you would like to dispel?

“Do it.” I used to work in the wine industry, and if we passed by somebody else’s table, we would just pick up the glasses because you’re walking right by there. If you can do it and it’s only a couple of steps, then take those extra steps.

How can our readers further follow the documentary film FIRE OF LOVE and your work online?

Thank you so much for your time and for sharing your expertise, Leanne.

About The Interviewer: Savio P. Clemente coaches cancer survivors to overcome the confusion and gain the clarity needed to get busy living in mind, body, and spirit. He inspires health and wellness seekers to find meaning in the “why” and cultivate resilience in their mindset. Savio is a Board Certified Wellness Coach (NBC-HWC, ACC), #1 best-selling author, syndicated columnist, podcaster, stage 3 cancer survivor, and founder of The Human Resolve LLC. He has interviewed notable celebrities and TV personalities and has been featured on Fox News, The Wrap, and has worked with Authority Magazine, Thrive Global, BuzzFeed, Food Network, WW and Bloomberg. Savio has been invited to cover numerous industry events throughout the U.S. and abroad. His mission is to provide clients, listeners, and viewers alike with tangible takeaways on how to lead a truly healthy, wealthy, and wise lifestyle. Savio pens a weekly newsletter in which he delves into secrets to living smarter by feeding your “three brains” — head, heart, and gut — in the hope of connecting the dots to those sticky parts of our nature that matter to living our best life.

Filmmaker Leanne Wiberg of ‘FIRE OF LOVE’ from National Geographic Documentary Films On The Message… was originally published in Authority Magazine on Medium, where people are continuing the conversation by highlighting and responding to this story.

Social Impact Heroes: How Richard K. Davis, CEO of Make-A-Wish is helping to change the lives of more than 130,000 critically ill children

Social Impact Heroes: Genevieve Piturro has been delivering pajamas and books to vulnerable children in shelters for the past 20 years