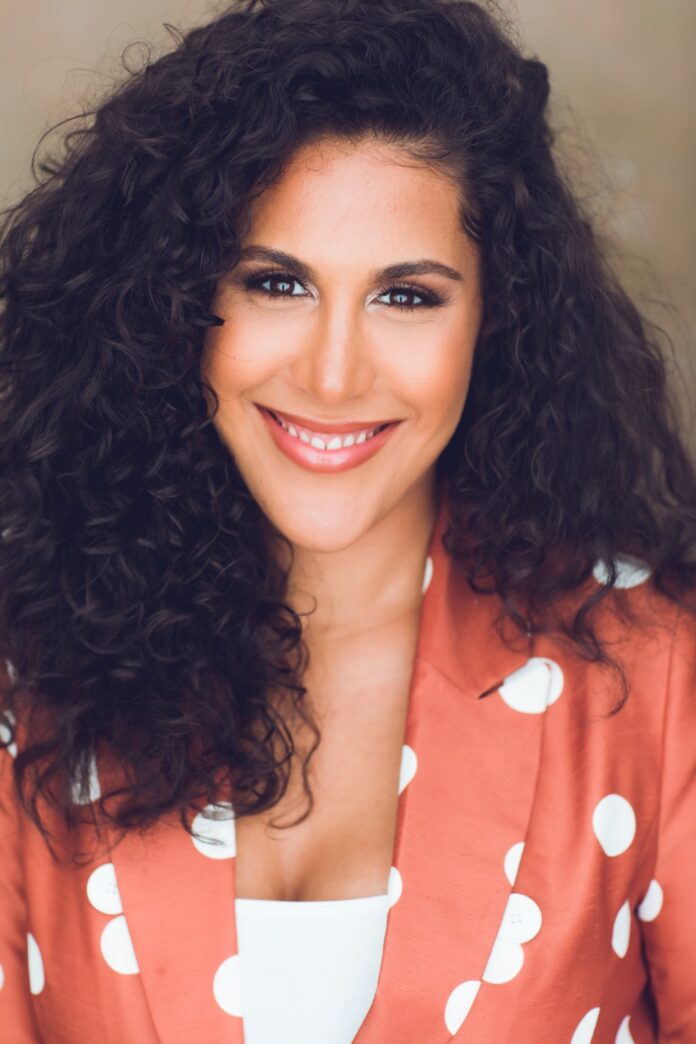 An Interview With Ming Zhao

Don’t expect people to help you and do favors for you, without giving anything in return. People don’t owe you anything. They will more be likely to help you if you offer to work for free, or make a valuable contribution to them in some way, in whatever way that may be. And if you don’t have anything to offer, go find something. Trust me, it will benefit you immensely, and help get you what you want and where you want to be.

As a part of my series about leaders helping to make the entertainment industry more diverse and representative, I had the distinct pleasure of interviewing Candice Edwards-Marchrones, casting director and owner of CEM Casting.

Candice Edwards-Marchrones, a woman of bi-racial heritage, immigrated from the U.K, and spread her wings all the way to New York City, 9 years ago to pursue a career in the entertainment industry. With 22+ years experience in front of and behind the camera, produced, cast, wrote and starred in ‘Naked Ambition.’’ Candice’s passion for casting and character types was really ignited through her time in acting classes at The Michael Howard Studios. Candice takes pride in having an eye for talent and her wealth of diverse experience together with competitive rates.

Thank you so much for joining us in this interview series! Can you tell us a story about what brought you to this specific career path?

So I’ve been acting since 11 years of age in the UK, and it’s been a constant journey of learning throughout my entire life. It was really the pandemic that pushed me out of my comfort zone, and I was able to get work as a PA on set, and then quickly moved into the role of 2nd Assistant Director, and then I offered my hand to help producers with casting, and then things kind of snowballed for me from then, and my first official client for CEM Casting was Delta airlines, and that was pretty scary, but it felt at last things are starting to go well, and I realized that I was good at this. And now I have Google as a client and I’ve just recently cast this really cute project “Abella The Tooth Fairy” by Rick Sigglekow + Zain Carson Carruth about an animated tooth fairy influencer, and I really hope it takes off, as I love animation and I think children will love it.

Can you share the most interesting story that happened to you since you began your career?

There has been many… but for me it’ss how the dynamic changes once you are in a position to help and book people work. Now finally agents reply to my emails. Which is funny, because they never used to. And that’s the hard part about being an actor, you’re not really in control of anything apart from your own skills. And so it finally feels good to be in a position where I get to make decisions, and I am now being respected for my opinion and casting skills.

I constantly make mistakes, but that’s the best way to learn. I mess up so often that I can’t single out one particular situation, but what matters is that I learn from those mistakes and continue to continuously grow, and not to dwell too much on the uncomfortable learning lessons they teach me.

Ok, thank you for all that. Let’s now jump to the main focus of our discussion. Can you describe how you are helping to make popular culture more representative of the US population?

As a woman of color and an immigrant it was my goal with CEM to focus on Diversity, Equity and Inclusion, and the timing is so divine for me to start this journey. Unfortunately only since “Black Lives Matter” companies have FINALLY realized that changes have to be made, and like yesterday., but they’re just not equipped for these changes. So it’s good to be able to contribute to those kind conversations in the casting process.

Can you tell us a story about a particular individual who was impacted by the work you are doing?

Yes, so I cast a DEI industrial project for a regular client of mine, and it was titled “Race In The Workplace”, and I was on set on that particular day, and the talent had these scripts they had to perform, taken from actual interviews of employees in the workplace that had suffered from discrimination. And one actor came to me a while after and let me know that that shoot was very interesting for him, because he had been in a similar work place situation, and it triggered suppressed emotions in him that he’s had to push down many times, being a minority worker. It was a healing experience for him to finally acknowledge those feelings, and that helped him access that part of himself that isn’t able to come to light in “every day life”.

That made me happy, because this is the work we’re doing that is much needed and overdue. Letting people of all walks of life know that we see you, we hear you, and that changes need to be made. And it feels so good to advocate for people in a way, that was never done for myself.

As an insider, this might be obvious to you, but I think it’s instructive to articulate this for the public who might not have the same inside knowledge. Can you share three reasons with our readers about why it’s really important to have diversity represented in Entertainment and its potential effects on our culture?

Can you recommend three things the community/society/the industry can do to help address the root of the diversity issues in the entertainment business?

Leadership is really about setting a good example for people to follow. Not “do as I say, not what I do”.

You have to be a people person. And that involves being a good listener, being able to compromise, and maintaining healthy relationships, being honest and following through on your word. Those are the ingredients that I try to bring to my leadership game plan.

What are your “5 things I wish someone told me when I first started” and why? Please share a story or example for each.

Being originally from the UK, where the arts are supported and funded by the government(And EVERY other country in the world), if I was to inspire a movement it would be to create a space/platform where they did that here for the arts in the US. I think it would really uplift the artist community. As people really discovered during the pandemic, people really need artists and entertainment. So I think that the government should put their money where their mouths are, and help our community.

“Life is too short”. Meaning that we are not promised allot of time here on earth, so do everything that your mind can dream of even if it scares you. Don’t let fear get in your way. It goes away eventually. If I would have listened to my fear that told me that “no-one would take me seriously as a casting director” I wouldn’t be here today, doing the impactful work that I’m doing. Every day I wake up, in all honesty I’m scared of the day ahead, because I’m constantly pushing myself to do new and exciting things to become the person I’m supposed to be, but if I don’t, I know I will live in regret. And I refuse to have any regrets in my short time on this planet.

I know it sounds silly…but I would love to have lunch with Beyonce. Can you make that happen? Lol. Joke, I’m going to manifest it myself.

All jokes aside, it would be her because she is such a cultural staple and an inspiration for a huge part of my life, and she really opened up the doors for women of color in terms of art, music and in business too. She’s serious about her work, and I’d just love to connect with her, and get any advice about world domination. I’d like to know about her secret sauce, and maybe ask her for some ingredients… Plus she may need my casting services in the future, I’m willing to work for free, so hollar at me B 😉

This was very meaningful, thank you so much!

How Candice Edwards-Marchrones Is Helping To Make the Entertainment Industry More Diverse and… was originally published in Authority Magazine on Medium, where people are continuing the conversation by highlighting and responding to this story.

The New Portrait Of Leadership: Ivan Bartolome Of HealthSearch Partners On Strategies to Shape…

Social Impact Heroes: Why & How Stevie Williams of DGK Is Helping To Change Our World