Social Impact Heroes: How Peter Knights and WildAid have helped to reduce the demand for products like elephant ivory, rhino horn and shark fin in Asia 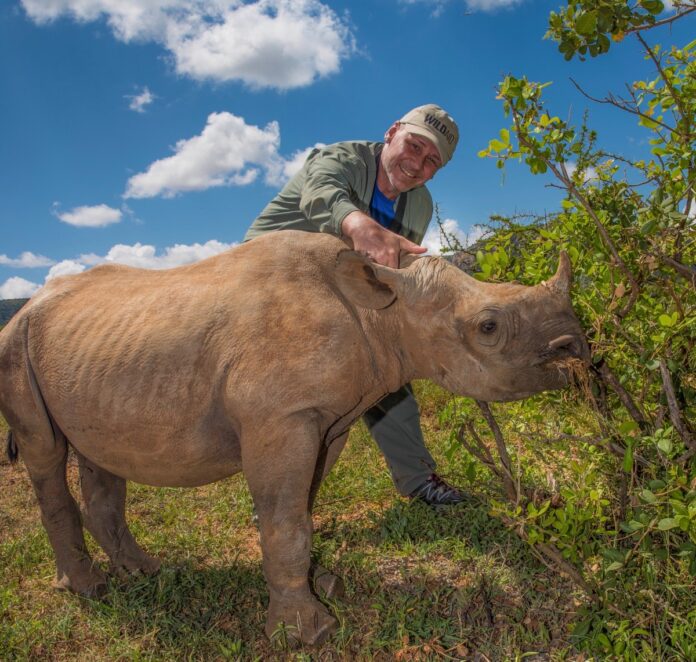 Social Impact Heroes: How Peter Knights and WildAid have helped to reduce the demand for products like elephant ivory, rhino horn and shark fin in Asia

To end wildlife trafficking, world leaders should enact common-sense regulations and strengthen enforcement so that the risks of engaging in illegal activity outweigh the rewards. At the same time, they should support consumer awareness campaigns that help reduce overall demand for products from species like elephants, rhinos, tigers, and pangolins. These two pillars go hand in hand and reinforce each other, and neither will be as effective without the other. We have enabled more than 200 well-known icons to voice their support for wildlife conservation publicly around the world influencing millions of others.

I had the pleasure to interview Peter Knights, the Executive Director of WildAid. Peter was formerly a program director working on illegal wildlife trade with Global Survival Network and a senior investigator for the Environmental Investigation Agency. He specialized in conducting global on-site investigations and campaigned against the trade in wild birds for pets and the consumption of endangered species in traditional Chinese medicine, such as bear gallbladder, rhino horn, and tiger bone. On birds, this work led to over 150 airlines stopping the carriage of wild birds and the Wild Bird Conservation Act, which cut imports of wild birds into the US from 800,000 to 40,000. In 1996 while working across Asia, Peter created the first international program aimed at reducing demand for endangered species products. He received an Associate Laureate of the Rolex Award for Enterprise for this work. The program used sophisticated advertising techniques, donated airtime, and celebrity spokespeople with the message “When the buying stops, the killing can too” and has over 100 actors, athletes, and musicians appearing in its campaigns. In 2011 it raised $200 million in donated media in China alone. The campaign Peter started on shark fin is attributed with helping to reduce demand for fins by 50–70% in China in 2012 and helping to secure bans in a number of US states. Peter has served as Executive Director of WildAid since its founding in 2000. He initiated the Marine Protection Program and currently leads the Demand Reduction Program for shark fin, manta ray gill rakers, ivory, and rhino horn. Peter holds a B. Sc. in Economics from the London School of Economics.

Thank you so much for joining us Peter! Can you tell us a story about what brought you to this specific career path?

I thought that the environment was an issue that could bring people together to find our common humanity and I couldn’t believe that in 1989 half of Africa’s elephants had disappeared in the last 15 years.

Can you share the most interesting story that happened to you since you began leading your organization?

There’s been lots of adventures. I first met Jackie Chan in 1997 after I wrote to him to ask him to lead our campaign against consumption of endangered wildlife. I spent a week talking with him every night after his movie shoot until finally on the Friday he said, “Ok I just have one more question. My filming here is top secret, how did you know that the day I got your letter I was filming with an actual elephant and a rhino?” I replied, “Jackie I had no clue, but you know what that’s destiny we are supposed to do this together.” “Good answer I’m in!” he replied and he has been our №1 ambassador ever since.

Nearly getting Stevie Wonder arrested in a bust of an illegal parrot trader in Ghana. Make sure the cops know who the bad guy is.

We have helped to reduce the demand for products like elephant ivory, rhino horn and shark fin in Asia.

Before WildAid was founded in 2000, the conservation community was mainly focused on ending the illegal trade through enforcement and protection efforts. We dared to ask, what if you could end the demand for wildlife products? Since then, WildAid has been working to end the illegal wildlife trade through massive social media, billboard and TV awareness campaigns that reach millions of people. Today, demand reduction is widely considered a fundamental pillar of conservation.

Let me offer a specific example of our impact. In 2012, WildAid launched its ivory public awareness campaign with Yao Ming in China. By 2016, the general public’s awareness of the elephant poaching crisis and impacts of the ivory trade had increased by over 50% and the price of ivory fell by 65%. Also, in 2016, there was an 80% decline in seizures of illegal ivory entering China, reflecting a decrease in trade and demand. Then in 2017, the government banned all domestic ivory trade.

There is still much work to be done as we need to educate travelers who may purchase ivory in places like Laos or Vietnam but the tide is changing, and elephant poaching has slowed, particularly in East Africa.

Are there three things the community/society/politicians can do help you address the root of the problem you are trying to solve?

To end wildlife trafficking, world leaders should enact common-sense regulations and strengthen enforcement so that the risks of engaging in illegal activity outweigh the rewards. At the same time, they should support consumer awareness campaigns that help reduce overall demand for products from species like elephants, rhinos, tigers, and pangolins. These two pillars go hand in hand and reinforce each other, and neither will be as effective without the other.

We have enabled more than 200 well-known icons to voice their support for wildlife conservation publicly around the world influencing millions of others.

Never separate power and responsibility. It’s horrible to have the responsibility and not the power. To work in nonprofit, you need the skin of a rhino and the heart of a butterfly. It’s not as easy as it looks.

WildAid works to change societal and cultural norms so that we live in a world where it is no longer acceptable to wear turtle shell on your arm, eat shark fin soup at a wedding, or take medicine containing rhino horn. By investing in wildlife and sustainable tourism, we can support local communities, so they may prosper from their natural heritage for generations to come.

“Never Doubt That a Small Group of Thoughtful, Committed Citizens Can Change the World; Indeed, It’s the Only Thing That Ever Has.” — Margaret Mead

We have been a small organization that has had a bigger impact then our size.

Is there a person in the world, or in the U.S. whom you would love to have a private breakfast or lunch with, and why?

Trevor Noah because I think he could have a huge impact on Africans perception of wildlife, our latest project or President Xi of China to thank him for banning the ivory trade in China and saving elephants and to ask for his help to save the pangolins.

Keeping In Touch With Your Intuition: Dr Carolyn Kurle Of The Guidance Groove On How To Get In Touc

The New Portrait Of Leadership: Karen Brown Of Exponential Results On Strategies To Shape Yourself…