HomeUnstoppable!Unstoppable: How Actress Rosann Ferrier Has Been Able To Succeed Despite Developing...
Unstoppable!

Unstoppable: How Actress Rosann Ferrier Has Been Able To Succeed Despite Developing C.O.P.D 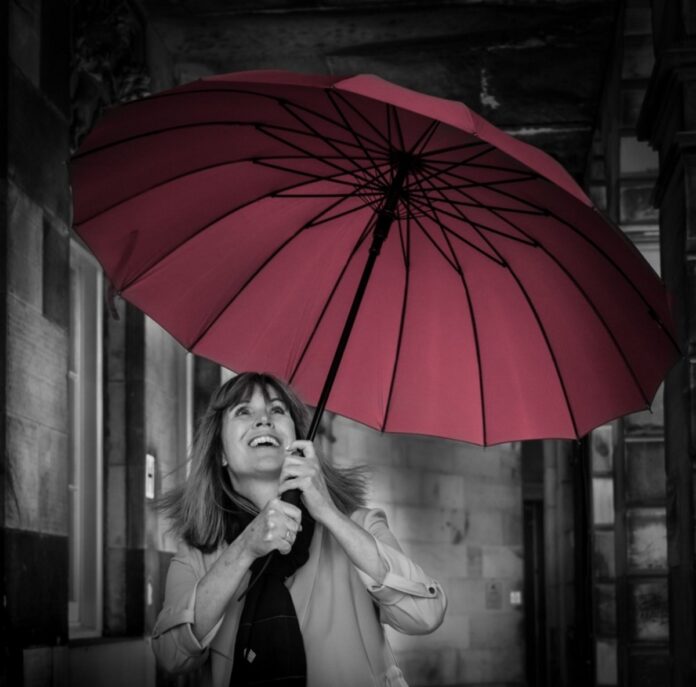 Take one day at a time and know your limitations and work around them. Have small goals and work towards them. If you are in a wheelchair and want to jump out a plane-find a way! Try and not let your disability hold you back-but work within your limitations –if you can’t do one thing, you might be able to do something similar.

As a part of our “Unstoppable” series, I had the pleasure of interviewing Rosann Ferrier.

Rosann Ferrier has worked as an Actor, Singer, Director and Writer. As an actor Rosann has played small roles in film, theatre and television. Predominately a singer Rosann has appeared as a singer in the theatre as well as on recordings and has worked as a lyricist. Rosann has also started writing, having written short film scenes and a piece which was performed by a theatre company. .

Thank you so much for doing this with us! It is really an honor. Our readers would love to get to know you a bit better. Can you share your “back-story” with us?

I developed C.O.P.D and had 7 collapsed lungs and had to have lung surgery when I was 30 years old. My condition is ongoing and treated when I experience symptoms.

Do you feel comfortable sharing with us the story of how you became disabled/became ill? What did you do to not let that “stop you”?

I woke up one morning and I coughed and my lung collapsed. In the previous year I had repeated chest infections and I had given up smoking. I felt breathless and my heart was racing. When I reached the hospital I had to have a chest drain put in and I was on 24hour oxygen and developed a chest infection. I had the drain taken out and discharged 3 weeks later with my lung just slightly down but safe. This was worrying as I was a single parent to a 7,9 and 10 year old. They kept asking me if I was going to die which was also upsetting. I had to sit about and not do anything which was hard with 3 children. Unfortunately in the coming months my lung collapsed a few more times which required more chest drains and hospital stays then my other lung collapsed a few times and required chest drains and hospital stays. Had 7 chest drains in total. I ended up having surgery on both lungs to stick them so they wouldn’t collapse and I have one lung taped and one lung with staples. I was diagnosed with Emphysema and told it was an incurable condition. I have been fine for the last 13 years.

I decided to take each day as it comes. I focused my mind to do small tasks like walking up 3 stairs then 6 and then walking short distances and building it up. Positivity is the key.

I saw the situation as a time to revaluate my life and turn it around. When I was better I went out on a bike, walked everywhere, I also work out as I take steroids and have went up to a British size12. I don’t drink, smoke and try to eat healthy. I don’t rush around as much. I step back and look at the birds and wildlife. I have more patience with my children. Things aren’t a big deal anymore. Once you find your inner peace you move forward and accomplish more without stress.

Can you tell our readers about the accomplishments you have been able to make despite your disability or illness ?

I decided to go and do everything I wanted to do instead of thinking negatively about my illness. I have done a B.A Degree, 14 S.A Jobs,15 Acting jobs, recorded songs, written songs, written a piece for a theatre performance. I’ve started to make my own film and did 5 photoshoots. I have also been asked back to be a judge at The Scottish Short Film Festival. I also hope to write and record more music this year.

What advice would you give to other people who have disabilities or limitations?

Take one day at a time and know your limitations and work around them. Have small goals and work towards them. If you are in a wheelchair and want to jump out a plane-find a way! Try and not let your disability hold you back-but work within your limitations. If you can’t do one thing, you might be able to do something similar.

None of us are able to achieve success without some help along the way. Is there a particular person who you are grateful towards who helped get you to where you are?

I am very grateful to Dr. Petrie my consultant at the time, Dr. Mugrabbi and Mr. Cameron my surgeon. The physiotherapists and nurses involved in my care.

George Gordon who taught me to sing. All the people who helped my music and acting. And Dr. Bill Eddie for helping me with music theory when I was at uni.

Can you share “5 things I wish people understood or knew about people with physical limitations” and why.

1 -Some people have hidden Physical Conditions that aren’t obvious until your told-so they aren’t been lazy!

2-Deaf people don’t want you to shout at them-it won’t make a difference and because someone is deaf or can’t speak they are still intelligent!

5-People with physical limitations like to do a lot themselves, especially to be treated like everyone else and don’t like to be pitied and most of all have able-bodied friends

Can you please give us your favorite “Life Lesson Quote”?

“Don’t let the past define your future”, the past is gone-sing dance and act to the finish line and be happy

We are very blessed that some of the biggest names in Business, VC funding, Sports, and Entertainment read this column. Is there a person in the world, or in the US whom you would love to have a private breakfast or lunch with, and why? He or she might just see this 🙂

There are so many, Johnny Depp and Dustin Hoffman for their acting skills, Pauley Perrette as she is an advocate for Civil Rights, Animal Rights and LGBT.

And definitely Jean Paul Gaultier for his Diversity on the catwalk. He is always evolving creatively and ever-changing-especially his Fashion Freak Show and Spring/summer 2020 Fashion Show-I hope I can stay creative at that age!

Stars Who Make A Difference: Daphne Maxwell Reid of The Fresh Prince of Bel Air

Social Impact Heroes: How Vicki and Fred Modell of the Jeffrey Modell Foundation have made a huge dent in the struggle against Primary Immunodeficiency