Stars Making a Social Impact: Why & How Tazito Garcia Is Helping To Change Our World 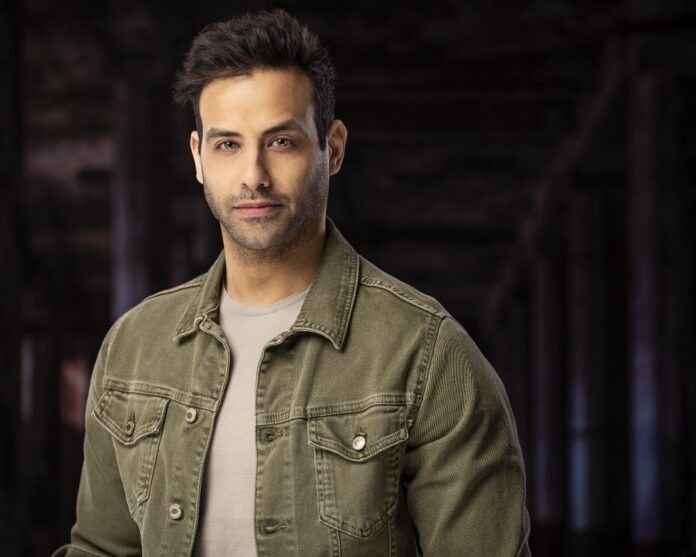 You have to want to do it. You have to be extremely passionate and ask yourself if you would still want to do it if there was no money or fame attached to it. Only then will that passion keep your flame burning to last.

As a part of our series about stars who are making an important social impact, I had the pleasure of interviewing Tazito Garcia.

Taz “Tazito” Garcia is one of Hollywood’s up-and-coming most charming, motivating, engaging, and versatile entertainers, having built a name for himself as a low-budget filmmaking maverick. His recent projects include a role in the mobile game app Battle Strike Force starring Sylvester Stallone, a co-starring alongside Russell Wong (Romeo Must Die), Vincent Ward (The Walking Dead) in Lost in the Pacific and a new role opposite stars Jackie Chan and John Cena in Project Xtraction.

Thank you so much for joining us on this interview series. Can you share with us the backstory that led you to this career path?

I started making movies and performing at such a young age. I used to impersonate show characters, write skits, and draw comics as a creative outlet before our family purchased the first camera. I would act out scenes with family and friends. In the early 1990s, a war eventually broke out, and entertainment served as our source of distraction and amusement at that time. That is when I knew that I would want to work in the entertainment industry at some point in my life.

It has been said that our mistakes can be our greatest teachers. Can you share a story about the funniest mistake you made when you were first starting? Can you tell us what lesson you learned from that?

Taking other people’s opinions as truth and adapting my concepts and works in accordance. I’ve heard “Everybody would have done it if it had been too simple.” “What makes you so unique?” “Why do you think you can succeed while others have failed in the past?” “Why not swap this out for that. It will be way better.” Reality is no matter what you’ve done, someone else will have something to say. It’s a vicious cycle, so stay true to your goals and visions. Pay attention to the inner voice. Trust me when I say that if you put your mind to it and take the necessary steps, success will follow.

What would you advise a young person who wants to emulate your success?

Don’t be afraid to fail. Take the chances and you’ll learn. I can take a chance and fail any day over not taking the chance; not knowing the outcome and living in regret wondering ‘what if?’

My grandmother. She truly always advised me to go for it and pursue whatever dreams I had. That nothing was impossible. If I watched a movie and was inspired to become a pilot or a soldier, she said “I’m support you!”. If I watched the world cup and said I wanted to play soccer as a pro footballer, she said ‘why not? go ahead! ‘That mindset stuck with me to take on the world and just go for it!

How are you using your success to bring goodness to the world? Can you share with us the meaningful or exciting causes you’re working on right now?

Aside from taking part in multiple charities worldwide, I use my social media platforms to connect with my fans to share workout routines, involve them in fundraising events and offer an insight into the film world as an actor and performer, which really resonates with many new creators. I’ve also shared all my filmmaking experience in one of two books I released during the pandemic to help up-and-comers with their first projects regardless of experience.

Can you share with us a story behind why you chose to take up this particular cause?

Giving back is everything for me. It’s what we leave behind that stays when we’re gone. So to make a difference while I can, I use the platforms I’m on to spread love, awareness and inspiration — hoping to spread one smile at a time and create a legacy.

Can you share with us a story about a person who was impacted by your cause?

Through my work with charity organizations, youngsters from disadvantaged backgrounds received school materials so they could complete their education — some of them have even graduated. In terms of filmmaking, there have been more than twenty successful short films and features made by aspiring filmmakers and students who have read my books and have gone on to have extremely successful film festival runs.

Are there three things or are there things that individuals, society, or the government can do to support you in this effort?

Help via grants, supplies, facilities and spreading the word making it accessible to many in need.

An annual school tour with iconic people that have figured it out. People that have created their own niche to succeed, or overcame trauma and adversity in their life and took control of their future. It would be a combination of artists, athletes and professionals ready to make a difference and pay it forward.

Can you please give us your favorite life lesson quote? And can you explain how that was relevant in your life?

“It’s nice to be important, but it’s more important to be nice.” — John Templeton

We are blessed that some very prominent names in Business, VC funding, Sports, and Entertainment read this column. Is there a person in the world, or in the US with whom you would love to have a private breakfast or lunch, and why? He or she might just see this if we tag them.

I would love to have an action themed café that pays tribute to some of the most iconic characters, scenes and props from the 80s-90s films. The café would be an experience for all while grabbing delicious snacks and drinks.

Thank you so much for these amazing insights. This was so inspiring, and we wish you continued success!

Stars Making a Social Impact: Why & How Tazito Garcia Is Helping To Change Our World was originally published in Authority Magazine on Medium, where people are continuing the conversation by highlighting and responding to this story.

Lydia Kuo of Nicorette & Nicoderm: “The to-do list will never go away so there is no point in staying late every night at...

Social Impact Heroes: How Molly Moen and Chrysalis have helped over 66,000 individuals return to a path of self-sufficiency

Social Impact Heroes: Why & How Ger Duany Of Newday Impact Investing Is Helping To Change Our World

Matthew Petersen Of Jushi Holdings: 5 Things I Wish Someone Told Me Before I Became a Chef