Social Impact Heroes: Why & How Filmmaker Rachel Myers Is Helping To Change Our World 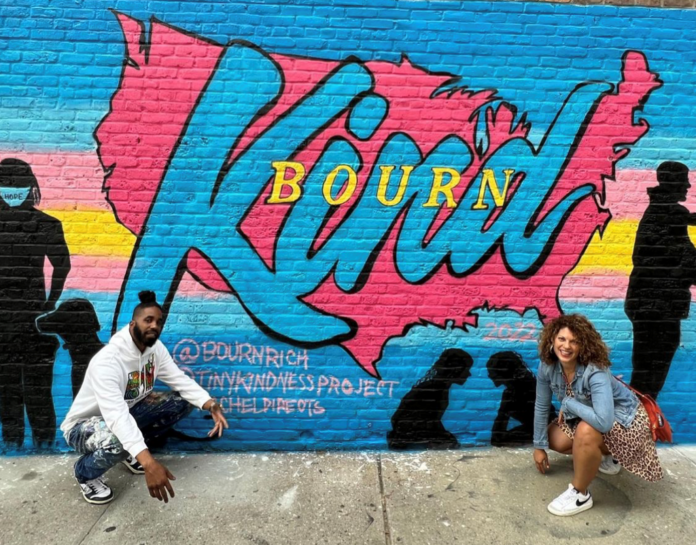 Just make things. Don’t edit, don’t censor yourself. If you believe in something and you care about it someone else will care about it too.

As part of my series about “individuals and organizations making an important social impact”, I had the pleasure of interviewing Rachel Myers.

Rachel Myers is an award-winning filmmaker, Time-Warner-150 Artist and Tribeca alumni. Her film Wendy’s Shabbat qualified for Academy Awards and was broadcast on PBS. She is a winner of Ovation, NAACP, Broadway World and Streamy Awards, and inaugural recipient of the Shondaland-Women’s-Directing-Mentorship, Sundance Co-lab, and a nominee for the Lynn Shelton Grant.

Rachel has been creating work in front and behind the camera for over 20 years in the entertainment industry as a director, designer and actor. She has collaborated in the creation of over 150 film, theatre and television productions. Rachel received her MFA from the Yale School of Drama and studied Theatre and Art at Pomona and Scripps Colleges and RADA the Royal Academy of Dramatic Art, London.

Thank you so much for joining us in this interview series! Can you tell us a story about what brought you to this specific career path?

Storytelling has always been very important to me. I’ve been directing and acting in theater on stages and creating art since I was a kid. Being a filmmaker and telling stories on screen was a natural progression because it’s a visual medium and an intersection of my background in both the performing and visual arts. I love how the camera captures the tiniest details of human emotion and how movies can shine the tiniest light into someone’s world. I’ve also been working in the film industry for 20 years. I worked my way up on sets in the art department and worked as a production designer for many years. I’ve had many different jobs in many departments in film which taught me the logistics of production and the nuts and bolts of filmmaking from watching.

A Black-Jewish Street artist confronts the fear and isolation of the moment through art and creates a street mural project to celebrate kindness and connection in his community.

The Tiny Kindness project came about for me early in the pandemic. I had the idea because I felt like people were avoiding one another out of fear and not really seeing each other. I made a little drawing with different people with messages on their masks and wrote the script for the film. I was originally going to cast an actor to play the role of the artist, but the project was activated with authenticity when I met the artist Bourn Rich, and he was so talented, and a beautiful human and I asked him if he would play himself in the film and use his work and life in the story. It’s how the movie went from scripted narrative to verité / documentary.

Can you share the most interesting story that happened to you since you began leading your company or organization?

I started my company 3 Penny first as a creative design firm. I was doing a lot of storytelling for brands, and I discovered in the process was that each project became its own narrative in how it unfolded and that any story no matter how big or small was just like making a film- what is the heart, where is the beginning, middle and end, how do you connect to the material?

I have directed and created live and filmed events and the first one that I directed won a STREAMY award for Best Brand event which gave me the confidence to make more. After that I directed my first film through my company. It was an amazing experience because I told a little story about a group of senior citizens with no preconceptions of what would come of it, and it was very successful. What I discovered was that when you tell a story that’s personal, authentic, and vulnerable people are really moved by it. It was an amazing lesson to me in making things that you care about and trusting in the work. The part that I never imagined was how it would affect people. The response from audience and community in filmmaking is the most rewarding part of the process.

It has been said that our mistakes can be our greatest teachers. Can you share a story about the funniest mistake you made when you were first starting? Can you tell us what lesson you learned from that?

My first job on a film was as a production assistant. I got a job working in the art department on a Tim Burton movie which was eye opening, and a dream come true. In hindsight It was pretty tough because at 22, I was so keen to be in charge, but didn’t have that many skills.

I think age is the most humbling thing because you constantly realize all the things you don’t know. That’s the part that’s most exciting- the constant learning and growing as a filmmaker and that every project is a new team and a new opportunity to stretch as an artist.

“The Tiny Kindness Project” from its inception was designed to be A social activism project. We photographed real people in the parks and on the streets of LA to be a part of the project and it was very meaningful to have that interaction. People chose messages that we made for their masks that said things like- kindness, sending love, Black Lives Matter. The messages were from that disconnection felt early in the pandemic and people selected phrases that they felt represented them and then we took photographs of the people which were really powerful. Then Bourn used the photos of people’s faces in a mural he painted for the film, but that mural also became a living piece of art on Melrose Blvd in Los Angeles for a year.

We just finished a week in New York where we did the project again and used real people‘s bodies who live in the neighborhood to be a part of a mural on the streets of the lower east side at 41 Ave A and it’s been incredibly special. People come to participate in our kindness project with their families and partners posing to be a piece of living art- to cover up vandalism and tagging with a mural in their community. The site of the mural is also historically significant for the city of New York because it is the first housing project that was ever built in the city and in the United States. New York City was the perfect place for this to happen and I’m so excited that our Tiny Kindness project continues to grow in how it reaches people. It feels like such a blessing to see and interact with the community and hear that the work is meaningful to them. Art for connection and change. I believe in my core that artists are responsible to our communities and it’s an honor to make this work and be a part of that messaging.

Can you tell us a story about a particular individual who was impacted or helped by your cause?

There have been so many people who have come to stop by as we’ve been working on the mural to talk about their experience in the community. People have thanked us and brought us gifts for making this interactive social art in their neighborhood. I think there’s a lot of darkness that Americans have dealt with at the moment, but there’s also so much joy and light. My hope is that the Tiny Kindness Project and our film about it, “BOURN KIND” celebrates our unity and connections and brings more compassion between people and kindness in our communities and the world.

The easiest thing that you can do is to be kind to someone. To smile, to listen, to empathize and to see someone and respect their experience as important.

I think leadership is about serving the community and giving. I think the best leaders are people who put the personal aside for the good of the whole and try for betterment, representation, and change.

Just make things. Don’t edit, don’t censor yourself. If you believe in something and you care about it someone else will care about it too.

I think that if you looked around the world and the United States most people have similar hopes and desires. At the base I believe that people are good and regardless of where you come from people deserve equal respect, access, and opportunity. Everyone wants their loved ones, families, and children to be healthy, happy, and safe, to prosper and live peacefully and not struggle. I wish that for people and for our nation. Happiness and full bellies and the ability to do or accomplish what you dream while also being respectful of one another in our communities. It is a really simple message, but I believe it’s universal.

I love the “the journey is the destination” because I think that our paths and what happens to us along the way is the important part of one how we get where we’re going. It defines us and make us who we are.

Is there a person in the world, or in the US with whom you would like to have a private breakfast or lunch with, and why? He or she might just see this, especially if we tag them. 🙂

There are so many leaders and changemakers in the artistic and political worlds that I find inspiring. From Michelle Obama to Gloria Steinem and Angela Davis to Pussy Riot or the Guerilla Girls.

How can our readers further follow your work online?

This was very meaningful, thank you so much. We wish you only continued success on your great work!

Social Impact Heroes: Why & How Filmmaker Rachel Myers Is Helping To Change Our World was originally published in Authority Magazine on Medium, where people are continuing the conversation by highlighting and responding to this story.

Social Impact Heroes: How Andrew Grauer, CEO of Course Hero, is helping to bring about his vision of a world where every student graduates...

Social Impact Heroes: How Susannah Schaefer of Smile Train is Helping To Provide Free Cleft Surgery To Children Across The World

Social Impact Heroes: Why & How Ilknur Ozgur of Artstillery Is Helping To Change Our World

The New Portrait Of Leadership: Ivan Bartolome Of HealthSearch Partners On Strategies to Shape…

The Power of Flexibility: Susan Hogan Of The Baby Academy; How I Was Able To Pivot To A New…