HomeStars Who Make A Difference: Felicia Greenfield of Homeland and House of Cards
Featured

Stars Who Make A Difference: Felicia Greenfield of Homeland and House of Cards 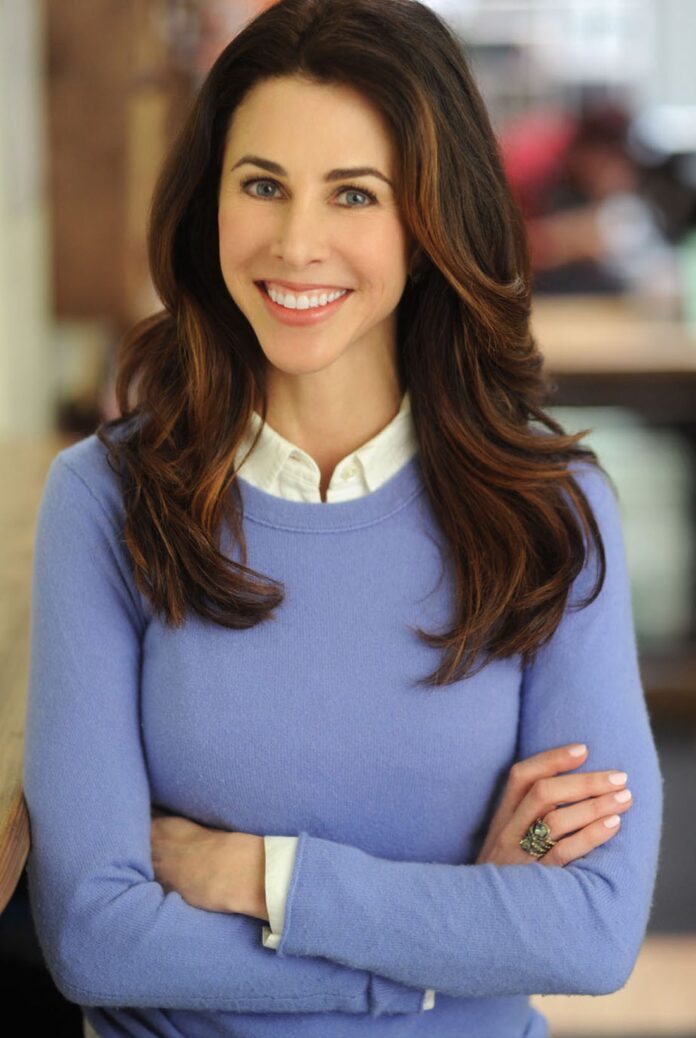 Stars Who Make A Difference: Felicia Greenfield of Homeland and House of Cards

“One of my causes is the fight against human trafficking. An incredibly broad and overwhelming atrocity, human trafficking is currently the fastest growing criminal enterprise worldwide, and the second most profitable. Most Americans are surprised to learn that the trafficking of Americans, by Americans, in America has been rampant and growing exponentially for at least a dozen years.”

I had the pleasure of interviewing Felicia Greenfield, a mother, child & animal welfare activist, actor and film producer. Her acting credits include roles in Homeland and House of Cards as well as feature films, shorts, and many television commercials. They do not include Spielberg’s The Post, because her scene with Meryl Streep did not make it to the final cut. Felicia’s professional career also includes roles in As Life Shifts for which she won a Best Leading Actress award playing a single mother diagnosed with ALS. When not working or playing real-life mom, Felicia is focused on animal & child welfare issues and has been a volunteer with ECPAT-USA (Ending Child Pornography, Prostitution & Trafficking) for over ten years. She is the creator behind the upcoming feature film Good Girls Gone, a dramatic film inspired by a true story of sex trafficking in the US, which will be used as a tool for introducing the crucial subject to the millions of Americans who think this is only happening in far away countries.

After six​ years of working for my dream company — Major League Baseball, followed by 4 years at the NHL, I ​fell into acting — via my young daughter who was already working. Her commercial agent started sending me out to play her mom on auditions — and soon I was playing other kids’ moms. This led to other roles, sometimes with, sometimes without children​

Can you share the funniest or most interesting story that occurred to you in the course of your career?

I ​consider everything I am doing, collectively, as my career, so this story is not specifically about acting but ​something that was transformative. Five years ago my older daughter and I were on our way to Times Square to meet with a few hotel managers and request that they pass along their old linens ​and​ towels so we could bring them to the city animal shelter. As we descended into the subway, there was lots of commotion and a cursory glance showed two men in the subway tracks. As I always seem to insert myself into anything ​and​ everything — I ran over to see good samaritans hoisting an elderly man up onto the platform, followed by a younger guy. The ​ younger man would turn out to be The Hero who jumped in to save the ​older man after his fall. My daughter ​and I called 911 then waited with the two men ​while the crowd dispersed.

I asked The Hero if I could take his photo ​ and share the inspiring story with the media. He nodded, still in pain & shock. ​We exchanged contact information and ​my daughter and I continued on our animal welfare mission.

That evening I wrote up a blurb and emailed it to a dozen news outlets. As far as I knew only one picked it up. Life moved on.

A year later I get a call from The Hero out of the blue. It seems he is from Honduras, the murder capital of the world at the time, and though he worked in NYC, he went home regularly bringing gifts and supplies for the needy (a majority of the country). Our chance encounter, or rather the significant media the story received, led to the formation of a non-profit which would build schools in the poorest areas of Honduras. Did I want to be the first Board Member? Thanks, but I just don’t have the time. So, sure.

As of today, The Foundation for Education in Honduras (FEIH) has built 6 schools and is in construction on the 7th. I have been there to celebrate the opening of all but one. There are countless stories I could share about how these schools saved families from making the treacherous 1400 mile trip to try for US asylum, how the local artisans we hire to build desks and sew uniforms are able to earn a living wage, and how I’ve met dozens and dozens of kids who have so little, but are so happy and grateful for what they do have. I often think about that elderly gentleman who fell into the NYC subway tracks, and wish I could let him know that his accident has indirectly helped hundreds of Honduran kids, parents and entire communities.

Subway Hero Describes Saving Man From Tracks: “I’ve Never Done Anything Like This In My Life”
After learning of another four people who were injured or killed due to subway-related incidents, we were very happy to…gothamist.com

What would you advise to someone who wants to emulate your career?

​It sounds like a cliche, but every successful career is grounded on having true passion​, which leads to commitment, which leads to success — and the most important goal — the satisfaction of knowing you made a difference. By those measures, I am still a work-in-progress, with a lot more I can do and accomplish before I can say I am satisfied…if ever. This is just as true for what some think of as the more “glamorous” part of my career — acting, modeling, voice overs, hosting ​, but these are e just numbers games. The majority of professionals in this business are good at their job, but there are significantly more actors than roles. Assuming we are not talking about the top echelon of actors, very often it is not about who has the best skills , but who is the best fit for a particular role. If you are competent, and professional, it often just comes down to luck.

My Grandpa Dave. I have unlimited inspiring stories about him. The earliest one I can remember is still the most impactful: We were driving down a Baltimore street when I was about 6 and I saw we were about to pass this stout old woman struggling to walk with multiple shopping bags weighing her down. I felt so sad for her, I had to look away. Grandpa Dave, still with eyes on the road, asked matter-of-factly “Did you do your mitzvah today?” “Um, no Grandpa?” I answered, having pretty much no idea what he was talking about. Without another word, he pulled over to the side of the road, exited the car, softly walked over to the frightened woman (Grandpa Dave was ginormous), took her bags in one meaty hand and opened the car door for her with the other. We drove her the few blocks home, Grandpa carried her bags inside, came out and said “Now you can tell Grandma and Mom that you did your mitzvah for the day.” I no longer pity or watch someone struggle. If I can be of help, I always will. It’s the best feeling in the world.

How have you used your success to bring goodness to the world? Are you working on any meaningful or exciting non profit projects?

I’m so glad you asked! One of my causes is the fight against human trafficking. An incredibly broad and overwhelming atrocity, human trafficking is currently the fastest growing criminal enterprise worldwide, and the second most profitable.

Most Americans are surprised to learn that the trafficking of Americans, by Americans, in America has been rampant and growing exponentially for at least a dozen years.

Most professionals in the industry agree that this needs to be headline news on the regular, that everyone needs to talk about it, to recognize the signs of someone being trafficked, to know what a pimp looks for in a mark.

For the past two years I’ve been working on a feature film about just that. While Good Girls Gone will be an exciting, emotionally-charged film, it will include an important message — and one that we will talk about anywhere and everywhere we are given an opportunity. The film is slated to begin shooting this fall, and already the film has brought us seven anti-trafficking organizations as partners, and two opportunities to start conversations about human trafficking with new audiences.

Wow! Can you tell me a story about a person who was impacted by your cause?

The result of the story I told about the older many who fell in the subway and The Hero who went on to create the education projects in Honduras are really at the heart of my answer, and I can say that not one, but hundreds of children, their families and entire communities have had the impact on their lives of better education, schools and resources. I am just now gently introducing a trafficking-awareness campaign to these communities. As they are the perfect hunting ground for human traffickers to find victims. One very relevant story involves a 9-year-old boy named Walter whose mother was going to send him to the US with a “coyote” (a smuggler that often takes payment and then finds a way to make even greater profit from their ward (ie sex trafficking, labor trafficking, even organ trafficking)). The mother had nothing, and knew her son had no opportunities. She felt that giving him this slim chance was better than nothing. But when she learned a FEIH school was being built close by, and that her son would be receiving his first pair of shoes as part of the uniform, she decided there was indeed hope for him and he should stay. I have often thought of how many unspeakable ways that trip could have gone wrong for Walter. He is now thriving and says he wants to run an organization just like FEIH when he grows up, so he can help other kids in need.

The people I can help impact through “Good Girls Gone” — the tens of thousands of young American girls and boys​ drawn into sex trafficking right on our own streets and neighborhoods is the primary reason I am producing this film. To raise awareness, to show that people can make a change, and to deliver tangible financial and other support to the many fine organizations and advocacy groups dedicated to the cause.

Thank you so much. This was so inspiring

Veterans Care Today: Naomi Rodda Of MPTF (Motion Picture & Television Fund) On How The US Has…

Social Impact Heroes: Why & How Regina Bain of the ‘Louis Armstrong House Museum’ Decided To Change Our World

Shark Tank’s Daymond John: “One Of My Favorite Stories Is About A Fisherman From Kenya”

Mac Anderson, Drew Anderson and Luke Visnic of Cleveland Kitchen On 5 Things You Need To Create a…

High Impact Philanthropy: Diane Blanchard Of Global Lyme Alliance On How To Leave A Lasting Legacy…