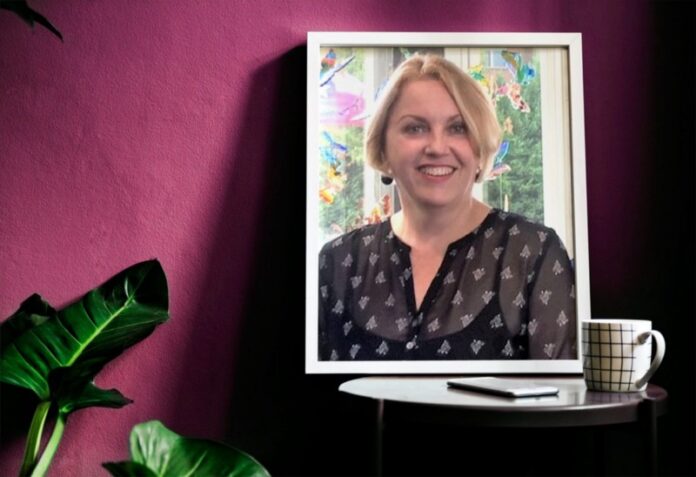 …I think we need a movement around raising up those who are marginalized. Many years ago, when Cory Booker was still the Mayor of Newark, I heard him say that what we need is a conspiracy of love. Those words and that concept have been a guide for me. We need a movement that takes us outside ourselves, our families and our insular circles to share our love in the form of care, respect and support of others — all others — but especially those who are the most vulnerable.

As part of my series about “individuals and organizations making an important social impact”, I had the pleasure of interviewing Kelly Dolan, Chief Marketing & Development Officer, Ronald McDonald House Charities, Inc.

Kelly Dolan brings over thirty years of experience in fundraising, marketing, event planning and non-profit management to her position as Chief Marketing & Development Officer of Ronald McDonald House Charities (RMHC). She is responsible for all areas of fundraising, marketing and communications for the organization whose network of programs help keep families with sick children together and close to the medical care they need. She also provides strategic guidance for system wide programs that support and strengthen the RMHC Chapter network that serves more than 2.5 million children each year throughout 65 countries and regions.

Thank you so much for doing this with us Kelly! Can you tell us a story about what brought you to this specific career path?

I was a few years into my career in advertising and public relations when I was recruited to work for a children’s healthcare system in Atlanta. Once I started working to support a mission, I realized that I could make a full time career out of serving others, and I never looked back.

Can you share the most interesting story that happened to you since you began leading your company or organization?

I was early in my role at RMHC, when one afternoon, I received a call from a potential major donor who needed what amounted to a case for support for a yet-to-be-defined set of parameters for a gift…and they needed it by the next morning. I was in Las Vegas at a conference and pulled a collegiate-like all-nighter in my hotel room activating RMHC staff literally around the globe to articulate a clearly defined need, coordinate a clear set of metrics to support it and produce a preliminary case for support that hit the potential donor inbox by 8:30am the next morning. It was a team effort like non-other, that eventually resulted in the largest gift ever received by our organization — $100 million.

I was with the VP of Development on a donor visit and made a joke. I quickly realized that the donor did not really value humor (understatement) and saw me as glib or not serious about the work we were doing. I learned from that minute on that humor needs to be saved for the right place and time!

RMHC helps ensure that the most vulnerable among us, sick and injured children, have access to the medical care they need. Enabling improved health for children and supporting families through a healthcare crisis, creates long-term positive impact on society both ethically and economically.

Can you tell us a story about a particular individual who was impacted or helped by your cause?

A tremendous example of RMHC at work, is that of the Berry family. Saoirse, the family’s youngest daughter, suffered burns to her hands and feet after accidently walking through the remains of an extinguished campfire and was urgently airlifted to a nearby hospital, where she spent the next three weeks and underwent three operations for her injuries. The Berry’s were able to remain close to Saoirse and help with her care, thanks to the RMHC programs located near the hospital, where they could sleep, eat and regroup each night.

“We were able to access not only a kind listening ear but other necessities such as food, drinks, laundry facilities and quiet spaces to deal with the situation we found ourselves in,” said Conan. “Without the support of the Ronald McDonald House and Ronald McDonald Family Room, we cannot even imagine how hard things would have been — both facilities allowed us to focus on our daughter’s care and recovery, as well as our eldest daughter’s and our own wellbeing”.

Saoirse is now on her way to recovery. Although it has been a difficult journey, the Berry Family is grateful that they’ve been able to stay by Saoirse’s side thanks to the programs offered by the local RMHC Chapter.

Come together to finally prioritize equal access to quality healthcare for all. Period.

Leadership is helping those around you realize their fullest potential and harnessing that shared power to move an organization, cause or team forward.

I’m not sure how enormous my influence is compared to anyone else but I think we need a movement around raising up those who are marginalized. Many years ago, when Cory Booker was still the Mayor of Newark, I heard him say that what we need is a conspiracy of love. Those words and that concept have been a guide for me. We need a movement that takes us outside ourselves, our families and our insular circles to share our love in the form of care, respect and support of others — all others — but especially those who are the most vulnerable.

Onward and upward. It sort of says it all. We move forward no matter what. Absolutely nothing in life can fully hold you back except what you think can.

Is there a person in the world, or in the US with whom you would like to have a private breakfast or lunch with, and why? He or she might just see this, especially if we tag them. 🙂

Jimmy Carter so I can meet someone who embodies servant leadership and hear his views on just about anything but especially the work he’s done to elevate discrimination and violence against women as a pervasive and ignored violation of basic human rights.

Thomas Friedman — I would like to listen to his expansive views about the world and spend some time talking with him about his book Thank you for Being Late that should really be required reading for any business or non-profit leader.

How Actress Marisol Nichols Is Helping To Stop Human Trafficking

Social Impact Heroes: How Andrew Hall and Mealshare have provided close to a million meals to vulnerable youth

Reducing Food Waste: Chef Luigi Diotaiuti of Al Tiramisu Restaurant On How They Are Helping To…

Social Impact Heroes: Why & How Craig Sanders of Helpen Is Helping To Change Our World

Social Impact Heroes Helping Our Planet: Why & How Wes Carter of Atlantic Packaging Is Helping To…