Music Stars Making A Social Impact: Why & How Marie-Claire Giraud Is Helping To Change Our World 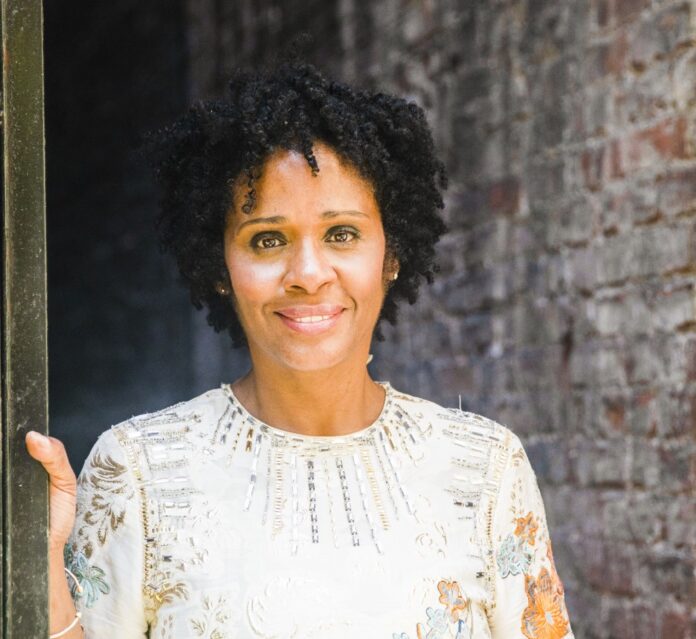 An Interview With Edward Sylvan

Pursue your dreams and aspirations. If you are clear on what those are then you will be willing to do what it takes to achieve them: no amount of work, study or sacrifice will deter you from your path.

As a part of our series about music stars who are making an important social impact, I had the distinct pleasure of interviewing Marie-Claire Giraud.

Marie-Claire Giraud is a soprano, jazz singer, musical theater singer, songwriter, composer, playwright, and actor. Born on the island of Dominica, raised in The Bronx, NYC she started her operatic training in Rome, Italy. The pandemic afforded Marie-Claire the luxury of time to reflect, and she overcame obstacles that were blocking her creative path. With her creativity freed Marie-Claire wrote her first musical, discovered her true voice of soprano. With the musical finished Marie-Claire has many more projects in the works, screenplays, novels, EP’s, musicals and more. She is looking forward to her soprano debut and an upcoming performance on Broadway of Tennessee Williams play Hello From Bertha.

Thank you so much for joining us in this interview series! Can you tell us the story of how you grew up?

I was born on the island of Dominica in the Caribbean. At the age of four, my family moved to the Bronx. Although growing up in New York City I was raised surrounded by Caribbean music and culture. My family was Roman Catholic, so I attended all-girls parochial schools all the way through high school. I was also born with gray hair and a stutter which made me the target for of many bullies throughout my childhood which I’m sure had a profound effect on me.

Can you share a story with us about what brought you to the specific career path?

My mom claims I sang before I even spoke. It wasn’t until my late teens when I started working at Tower Records that I discovered a lot of the music that still inspires me to this day. Through the voices of Ella Fitzgerald, Dinah Washington, Billie Holiday, Patsy Cline, and Nancy Wilson I began to discover my true voice. One night I found myself at an open mic night. When I stepped on stage everything changed. Standing at the microphone I started to sing, and I realized the room had become very quiet. In that moment I felt like God had spoken to me and let me know that this is what I was meant to do. It was a feeling that was so strong and so rooted within me that it changed my life. From then on, I realized nothing could stop me and I never looked back.

Can you tell us the most interesting story that happened to you since you began your career?

One day I was sitting at a café across from Julliard School of Music when I struck up a conversation with a man at the table next to mine. He asked me what I do, and I told him I was an opera singer. I was about to head over to a rehearsal at Julliard. It was then that he told me he was heading over there as well to work with students who would be performing his music. It turns out this man was John Hardison. He happens to be a Pulitzer Prize-winning classical composer. That meeting began a collaboration between us that lead to John composing a song cycle which I’ve performed and recorded.

Can you share a story about the funniest mistake you made when you were just starting?

This story happened more recently but made me laugh. I rushed to put myself for on camera for several auditions during the pandemic. I wasn’t getting any jobs or even put on hold from those auditions. I couldn’t figure out what I was doing wrong. Then I prepared an audition with my new manager, and she brought in nice lighting and good audio equipment. The very next audition we put on camera I was put on hold for a national ad. When I saw myself on camera for that audition, I realized in all my previous ones you could barely see or hear me because I had poor lighting and bad audio. No wonder I wasn’t booking anything. My manager and I laughed up a storm when we looked at the before and after auditions.

Can you tell us what lesson you learned from that?

I learned two things from that experience. Whenever possible do not rush. You will overlook important things and not give yourself a shot at what you are going after. The second thing is to ask for feedback from some you respect and trust and who has experience. Those two things can help limit mistakes in going after your dreams.

What are some of the most interesting or exciting projects you are working on?

I recently performed my soprano debut at the United Nations Around the World Gala. I am currently in rehearsals with the role of Magda Sorel in Gian Carlo Menotti’s Opera “The Consul”. I was also cast in the November Broadway production of “Hello from Bertha” by Tennessee Williams.

Three reasons why I think diversity is important in the entertainment industry:

1. It’s very important for people to see themselves on the screen being represented on the screen, in plays or in operas and in all aspects of the entertainment industry.

2. We can now cast performers in Aida and Othello that are black because we have the talent to support it. We’ve always had the talent to play these roles but are now being the chance to perform them.

3. We need storytellers of all races because the stories will be enriched through a broader scope of viewpoints. Having diversity represented in the entertainment Industry can have a lasting and positive effects because people of all races and cultures will see themselves being represented on the screen in ways that aren’t stereotypical or negative, which is primarily how they have been represented.

What are your “5 things I wish someone told me when I first started,” and why? Please share a story or example for each.

1. Choose one thing and be good at it. I can sing many different genres but, in the end, focusing on opera has made me better in all the vocal genres.

2. Pursue your dreams and aspirations. If you are clear on what those are then you will be willing to do what it takes to achieve them: no amount of work, study or sacrifice will deter you from your path.

3. Find the time to focus. This can be challenging but I was fortunate enough to have been given that time due to the pandemic lockdown.

4. If you can find a mentor do it. My voice teacher Maestro Richard Barrett has been that for. Someone who will be honest with you and is your biggest champion.

Which tips would you recommend to your colleagues in your industry to help them thrive and not “burn out”?

Pace yourself. There are only 24 hours in the day and our level of energy is not infinite. Be methodical, don’t rush, don’t skip any steps, and keep moving forward.

The movement that I feel will the most amount is good, is we are one planet, one people under one sun. The human race is many colors. I represent the human race.

None of us are able to achieve success without some help along the way. Is there a particular person who you are grateful towards who helped you get to where you are? Can you share a story about that?

The one person that I am eternally grateful to is my voice teacher Maestro Richard Barrett. He gave me a technique that will last me for the rest of my life but also taught me to understand my voice so that I can be aware when things aren’t working. These two things are the foundation which helped me become the singer I am today.

When I first came to Maestro Richard he said, “Honestly Marie-Claire I don’t know if anything can be done because there’s a lot of damage to your voice”. It was daily task of painstaking work. In the end, he was able to show me that I had originally categorized my voice as a Contralto when I was in fact a Soprano.

Is there a person in this world, or in the U.S. whom you would love to have a private breakfast or lunch with, and why? He or she might just see this, especially if we tag them 🙂

There are three people that I would very much like to meet have breakfast or tea with right now: Maestro Gustavo Dudamel who is artistic Director of the LA Philharmonic. He not only is an extraordinary conductor, but he does incredible work with children. I strongly believe in empowering children especially in classical music. Bradley Cooper because this is a man has done incredible work in the film industry. His work in a star is born was magnificent. He took guitar land singing lessons which helped make the movie truly authentic and inspiring. Hugh Jackman would be the third. He is a brilliant actor, singer and dancer of both stage and screen.

This was very meaningful, thank you so much! We wish you continued success!

Music Stars Making A Social Impact: Why & How Marie-Claire Giraud Is Helping To Change Our World was originally published in Authority Magazine on Medium, where people are continuing the conversation by highlighting and responding to this story.

How Ido Leffler of Yoobi Is Giving Back

I Can’t Get No Satisfaction: Amanda Craven of Not Just Coaching On Why So Many Of Us Are Feeling…

Social Impact Authors: How & Why Author Addi Somekh Is Helping To Change Our World

Filmmakers Making A Social Impact: Why & How Filmmaker Larissa Lam...