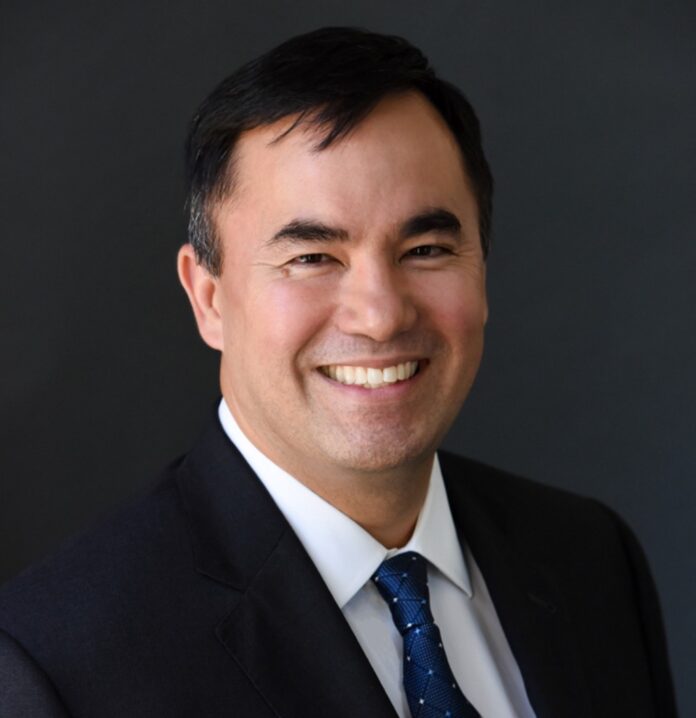 An Interview With Orlando Zayas

Most of us take it for granted that we can open a bank or a credit card. But the truth is, according to the World Bank, close to one-third of adults — 1.7 billion — are still unbanked, and have no access to a transaction account. About half of unbanked people include women in poor households in rural areas or out of the workforce. What can be done and what is being done to promote more financial inclusion? To address this Authority Magazine started a new series about Companies Helping To Promote Financial Inclusion. As part of this series, I had the pleasure to interview Marty Young.

Marty Young is the co-founder and CEO of Buckle, the inclusive digital financial services company serving the rising middle class and providers to the gig economy. In addition to insuretech and fintech strategies, Marty leads Buckle in mergers and acquisitions execution. He is a globally recognized Wall Street professional with 20+ years of special situations experience in executing 75+ transactions worth $30+ billion as a trusted financial advisor and executive officer. Marty graduated from the United States Military Academy at West Point and was commissioned as a U.S. Army Infantry Officer. After 9/11, he transitioned into and continues to serve as a U.S. Army Chaplain in the National Guard. He serves on the Advisory Board of the School of Industrial and Systems Engineering of the Georgia Institute of Technology, where he obtained a master’s degree in Operations Research. Marty has an MBA from the NYU Stern School of Business and is a graduate of the U.S. Army Command and General Staff College.

Thank you so much for doing this with us! Before we dig in, our readers would like to ‘get to know you’. Can you tell us a bit about how you grew up?

I grew up in the western suburbs of Philadelphia, closer to Wilmington than Philly. My dad had a 38-year career with DuPont, as many of the kids I grew up with were DuPont families. In 1989, I matriculated into the United States Military Academy at West Point, toward the end of the Cold War. After graduation in 1993, I received a Regular Army Commission as an Infantry Officer. After I left regular service, I had the amazing privilege of joining the team that created AutoNation, including launching Greenfield used car retailers and rolling up new car dealerships. Because of this experience, my partner Dustin Walsey and I were able to bootstrap and launch Greenfield Collision Repair Centers in Atlanta, Georgia in the late nineties, which are still in business today. It was through that experience that I got a “PhD” in PhysDam, having owned and operated DRP (direct repair program) shops with State Farm, Allstate, Progressive, Farmers, USAA, etc.

I’ve spent the majority of my career in and around “special situations,” in both executive and financial advisory roles, restructuring companies, and even entire industries, across 75+ transactions with $30+ billion in transaction value. I have had the privilege to serve in the National Guard as a Chaplain and have served in Massachusetts, New York, and now Delaware.

Is there a particular book that made a significant impact on you? Can you share a story or explain why it resonated with you so much?

Yes, the Book of James (in the Bible). In fact, my wife and I named our first born after Jesus’ brother, James. I find the entire book compelling on so many levels, particularly:

Do you have a favorite “Life Lesson Quote”? Do you have a story about how that was relevant in your life or your work?

When I was a new lieutenant in the U.S. Army, my non-commissioned officers (NCOs) would take the new, married recruits to get food stamps, WIC, and other public benefits. The quote, “taking care of Soldiers” meant something, and much deeper to me. A lot of this ethos built USAA, and we apply the same principals at Buckle, where I am CEO. Buckle is an inclusive digital financial services company serving the rising middle class and providers to the gig economy.

The essence of leadership is identifying a problem, articulating it well to gather the political will to solve it, and then solving it. It’s that simple — and so I believe good leadership is essential at all levels and sizes of human organization. “Popular leaders” throughout history are what I and the Bible often call anti-christs — they aren’t actually solving problems but perpetuating and exacerbating problems for their own egotistical purposes. So, I generally despise discussions in and around “leadership styles,” having learned Augustus,’ the Apostle Paul’s, Napoleon’s, and General Patton’s perspective on such false notions at a young age. These men were very focused on addressing major shifts in the zeitgeists of their time and understood they had a role to play in building enduring organizations from all levels of society and so they had to be “all things to all people” but to achieve the greater end. In other words, Patton would have changed his “leadership style” on a dime if he had to, and in the middle of WWII he did, as did the others in their times. We need to reorient the discussion, empower people at all levels to be leaders and then encourage them to both lead and follow depending on the situation.

Can you share the most interesting story that happened to you since you began your career?

There are so many. I would say I’ve looked for inspiration from great military leaders, street-smart automotive retailers, well-known and effective church planters, and Wall Street masters of the universe. Many of my stories come from working under them like an apprentice. Because of this, I am extremely apprenticeship oriented. What’s not understood well is that the most successful leaders in all those niches I mentioned had deeply apprenticed under someone who had made the investments in time and money to teach them the craft and help them grow. As I think about my leadership concept, I am looking for people who can apprentice and be shaped into true masters and perpetuate key professions.

Ok, thank you for all that. Now let’s move to the main focus of our interview. Let’s start with a basic definition so that all of our readers are on the same page. What exactly is Financial Inclusion?

Financial inclusion means that all have access to comprehensive and affordable financial products and services to help meet their needs — transactions, payments, savings, credit and insurance, regardless of personal net worth.

What does it mean to be “unbanked”?

Banks perform two functions: safeguarding deposits and providing credit from such deposits. To be unbanked is to have neither deposits nor credit.

So, the primary financial inclusion problem is credit. Cheap access to credit is what enables human flourishing, such as buying a home or income producing assets (like a car) that allow the accumulation of wealth. Unless one can keep a positive sum average balance, banks aren’t going to solve the credit problem. However, for the unbanked unable to maintain positive cash balances, an insurance company offers a different approach to providing credit. This is something Warren Buffet figured out decades ago with GEICO. We are applying the same principles.

Can you tell our readers a bit about your work to promote Financial Inclusion? Without saying names, can you share a story about a person who was helped by your initiative?

The purpose of Buckle is to help gig economy workers achieve economic freedom, which means they should be able to 1) work when they want, 2) for how much they want, 3) doing what they want, and 4) for whom they want. The folks who want this economic freedom are the rising middle class and members of the gig economy. The mainstream financial infrastructure works really well in scale, if one has two years of W-2 income and a good credit score, as it was designed for mass employment. However, if you are the working non-prime and a member of the gig economy, there is no financial infrastructure, other than highly localized lenders and insurers that are operating in the worlds of subprime lending and non-standard insurance.

Buckle is happy to be closing the gap that conventional insurance policies create for these gig workers.

We have plenty of examples where we have saved people as much as 50% on their insurance and auto finance payments, resulting in increasing take home pay by 5–30%. Some of them are spokespeople on our website.

This may be obvious to you, but it will be helpful to spell this out. Can you articulate to our readers a few reasons why it is so important for businesses to promote financial inclusion?

If everyone has access to affordable and comprehensive financial products and services that they need to live, then poverty is reduced. It means having a better, healthier lifestyle. If there is no access to money, insurance, or credit, this sets people up for failure, which many times can lead to a life of crime. Access to credit also means investing in your future prosperity.

Ok. Here is the main question of our discussion. You are an influential business leader. Can you please share your “5 Steps Businesses Should Take To Promote Financial Inclusion”. Kindly share a story or example for each.

Is there a person in the world, or in the US, with whom you would like to have a private breakfast or lunch, and why? He or she might just see this, especially if we tag them. 🙂

No, no one comes to mind, but it’s an interesting thought.

How can our readers further follow your work online?

This was very meaningful, thank you so much. We wish you only continued success on your great work!

Marty Young Of Buckle On How They Are Helping To Promote Financial Inclusion was originally published in Authority Magazine on Medium, where people are continuing the conversation by highlighting and responding to this story.

Social Impact Heroes: How Henry Donahue Of ‘Save The Music’ Is Helping Students Reach Their Full Potential Through The Power Of Making Music

Music Stars Making A Social Impact: Why & How Shannon Wallace of Musical Memory Care Is Helping To…

Social Impact Tech: Rabbi Sherre Hirsch Of Maven On How Their Technology Will Make An Important…

“I would love to develop a movement to connect and inspire...