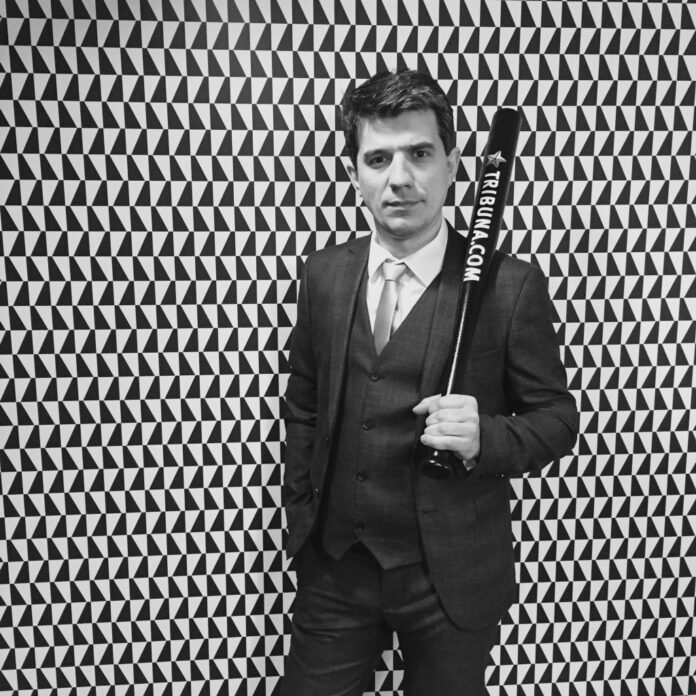 An Interview With Edward Sylvan

… Over the past 10–15 years, the media have been inventing a new model to work with. We have our own vision of what the future media will be like. From our point of view, the model of broadcasting, when media reports information and users read it, is long gone. Now it is important to involve users. We believe that more and more attention should be paid to the community.

I had the pleasure of interviewing Maksim Berezinskiy. Maksim is a 39-year-old media manager and co-founder of Tribuna.com in Ukraine and Belarus, which are leaders in the sports segment. He manages the Tribuna.com project which is focused on the European and African markets. He has more than 15 years of experience in managing media projects.

Thank you so much for joining us for this interview series! Can you share with us the backstory” that led you to your career path?

I always wanted to devote my life to sports journalism. When I was still at school, I started collaborating with the best sports newspaper in Belarus at the time — Pressball (yes, back then you had to convince the editor-in-chief that you wanted to write for the newspaper). After 15 years, the founder of Pressball offered to buy the sports project Goals.by, founded by me and my friends in 2010. After our success in Belarus and Ukraine, we believed in ourselves and entered the world market.

Can you share the funniest or most interesting story that occurred to you in the course of your career? What were the lessons or takeaways that you took out of that story?

Since 2020, I have been forced to live outside of Belarus, as the Lukashenko regime persecutes media representatives. One of the country’s best journalists Alexander Ivulin is in prison. We were forced to relocate the rest of the editorial staff to Ukraine, learn how to work in such conditions, and survive the loss of advertising revenue.

Then there was a war in Ukraine, and the Ukrainian part of our team had to go through a shock. More than 20 people were in the cities, which were subjected to constant shelling. Another relocation, another loss of advertising revenue.

What has it taught us? Do not give up and do your job even better than in peaceful times. It is at such moments that it is important that everyone give their maximum in their place. I can say that neither in Belarus nor in Ukraine there were those who surrendered.

What would you advise a young person who wants to emulate your success?

I’ll be banal, but this is my mother. I have always seen how hard she works. She was born in the village but managed to achieve great heights. For me, this is the best example and the biggest motivation.

What are the “myths” that you would like to dispel about what it is like being a journalist?

As a child, I dreamed of becoming a sports journalist in order to visit stadiums, go to the Olympics or the World Cup. However, now, if I get to the stadiums, it doesn’t have to do with work. In order to cover matches with high quality, it is far from necessary to be at the stadium now. This reduces the cost of content production, but some of the romance from the profession, of course, is gone.

Ok super. Let’s now move to the main part of our discussion. How have you used your success to bring goodness to the world? Can you share with us the meaningful or exciting causes you are working on right now?

Over the past 10–15 years, the media have been inventing a new model to work with. We have our own vision of what the future media will be like. From our point of view, the model of broadcasting, when media reports information and users read it, is long gone. Now it is important to involve users. We believe that more and more attention should be paid to the community. At Tribuna.com, users can do more than just comment and like content. They can also create blogs and be on equal footing with journalists on the main page.

Now we continue to work hard to make it even more convenient for users to participate in the life of the community. We believe that this is the future for the new generation of media.

What methods are you using to most effectively share your cause with the world?

The effectiveness of any media is best measured by audience and money. In Belarus and Ukraine, we are among the leaders in terms of audience and were profitable before the war. It was a good example for competitors. We already have millions of audience in the world. We are sure that when the audience reaches tens of millions, many publishers will pay attention to our approach to media. In the meantime, we will continue to improve our product and talk at conferences about what we think the media will be like in a few years.

Can you share with us the story behind why did you choose to take up this particular cause?

Starting from the fifth grade at school, I knew that I would be a journalist. I did not have a painful choice, despite the fact that in the family we did not have anyone associated with this profession. I understand that I’m lucky because it takes a long time for many children to choose their professions. It often doesn’t work out the first time. But I’m lucky in that regard.

Can you share with us a story about a person who was impacted by your cause?

After the war began, several guys from our editorial office were drafted into the army. In the first months of the war, much was lacking at the front. In order to help the army of Ukraine, we organized a charity auction of artifacts from world and Ukrainian sports stars: Barcelona footballer Lewandowski, Ukrainian national team players Yarmolenko and Zinchenko. We managed to raise more than 120 thousand dollars and help to purchase the most necessary things for those military units where our guys serve.

Also we have launched an NFT auction supported by Olympic champion Belenyuk and NBA champion Medvedenko. All proceeds will be donated to help our soldiers and those affected by the war.

It’s not about how many smart things you hear. More important is the number of things you can do. My mom told me to learn foreign languages, but I learned one and not in the best way. My dad told me to read more books, but I would often pick playing in the street instead. At the same time, you need to understand that it is impossible to live a perfect life. If someone asked me today, would I swap playing football with friends for 10 books? I would say no :).

I was in Kyiv the day the war started. After 10 days, together with my wife and a 10-year-old son, we left Ukraine. I did not know how to answer my son’s question: when will this end? Therefore, I clearly understand that the most important thing that can be done now is to stop the war. And there is only one way to stop it — to defeat Russia.

Can you please give us your favorite “Life Lesson Quote”? Can you explain how that was relevant in your life?

Two of my favorite expressions belong to the great Belarusian writer Vladimir Karatkevich.

1. “Every person carries the sky with him.” A deep thought about each person being able to create a comfortable atmosphere for himself. One of the tasks of our company, in addition to audience numbers and revenue, is to make work enjoyable.

2. “Do what no one expects, do what does not happen, do what no one does — and then you will win.” This is what Belarus and Ukraine have been living with for the past few years. Our task is to do everything possible so that these dark times end as soon as possible.

We are very blessed that some of the biggest names in Business, VC funding, Politics, Sports, and Entertainment read this column. Is there a person in the world, or in the US whom you would love to have a private breakfast or lunch with, and why? He or she might just see this if we tag them 🙂

Mikita Mikado, founder of PandaDoc. This is a Belarusian who has achieved worldwide fame and built a unicorn company. A true role model.

This was very meaningful, thank you so much! We wish you continued success!

About The Interviewer: Growing up in Canada, Edward Sylvan was an unlikely candidate to make a mark on the high-powered film industry based in Hollywood. But as CEO of Sycamore Entertainment Group Inc, (SEGI) Sylvan is among a select group of less than ten Black executives who have founded, own and control a publicly traded company. Now, deeply involved in the movie business, he is providing opportunities for people of color.

In 2020, he was appointed president of the Monaco International Film Festival, and was encouraged to take the festival in a new digital direction.

Raised in Toronto, he attended York University where he studied Economics and Political Science, then went to work in finance on Bay Street, (the city’s equivalent of Wall Street). After years of handling equities trading, film tax credits, options trading and mergers and acquisitions for the film, mining and technology industries, in 2008 he decided to reorient his career fully towards the entertainment business.

With the aim of helping Los Angeles filmmakers of color who were struggling to understand how to raise capital, Sylvan wanted to provide them with ways to finance their creative endeavors.

At Sycamore Entertainment he specializes in print and advertising financing, marketing, acquisition and worldwide distribution of quality feature-length motion pictures, and is concerned with acquiring, producing and promoting films about equality, diversity and other thought provoking subject matter which will also include nonviolent storytelling.

As Executive Producer he currently has several projects in production including The Trials of Eroy Brown, a story about the prison system and how it operated in Texas, based on the best-selling book, as well as a documentary called The Making of Roll Bounce, about the 2005 coming of age film which starred rapper Bow Wow and portrays roller skating culture in 1970’s Chicago.

He sits on the Board of Directors of Uplay Canada, (United Public Leadership Academy for Youth), which prepares youth to be citizen leaders and provides opportunities for Canadian high school basketball players to advance to Division 1 schools as well as the NBA.

Sylvan has been featured in Forbes, the Wall Street Journal, the New York Times and has been seen on Fox Business News, CBS and NBC. Sycamore Entertainment Group Inc is headquartered in Seattle, with offices in Los Angeles and Vancouver.

Maksim Berezinskiy On The Five Things You Need To Create A Successful Career As A Jou was originally published in Authority Magazine on Medium, where people are continuing the conversation by highlighting and responding to this story.

Social Impact Heroes: How Richard K. Davis, CEO of Make-A-Wish is helping to change the lives of more than 130,000 critically ill children

I Can’t Get No Satisfaction: Author Bronwen Sciortino On Why So Many Of Us Are Feeling Unsatisfied…

Author Brad Anderson On How To Create Compelling Science Fiction and...