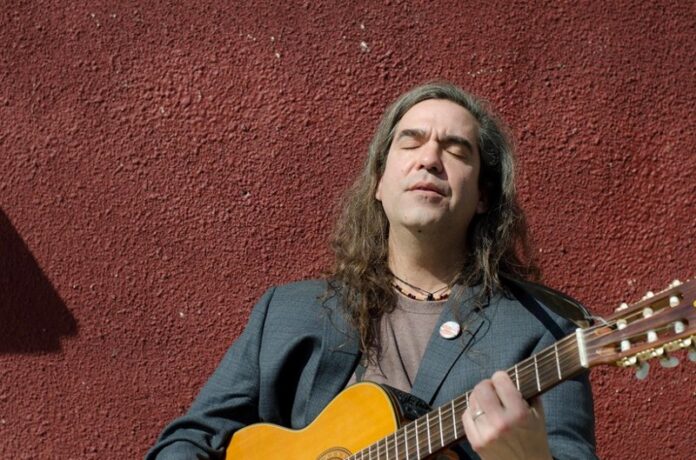 “The most important thing you must do is always stay true to your craft and write as a result of your experiences. Trying to write for the wrong reasons is the wrong thing to do.”

Ed Roman: I heard the singing and my heart turned over. I was lucky enough to grow up in the 1970s when music was a melting pot of concept and ideas. All ages had their ears open and it tune to messages and melodies in the airwaves. I came from a very large family living in a small farmhouse. There was fighting for record player space and they’re always seem to be a radio on somewhere. My grandmother Baba was a fan of popular music that spanned almost 60 years and was continually singing. There was always competitions to see who could remember lyrics and what songs appeared on what albums. I used to perform some of the songs at a very young age in the kitchen standing on an old stool singing into a broken lamp while family members and friends sat, ate and listened. It was this incredible enthusiasm for the art form that was the hook line and sinker affect in my mortal coil. The music took on an almost like religious connotation and lead people on a moral and reflective like journey through elation and discovery. It seemed to be one of the most noble of practitions I could take on and I spent and have spent every waking moment of my existence doing so. It is religion philosophy psychology sociology history physical mental and spiritual vibrational occupation all rolled into one..

Can you share the funniest or most interesting story that occurred to you in the course of your music career?

Ed Roman: Music is a vehicle. It is a time machine. It is a marker. It is a connecter and the catalyst for so many things. I would have to say there were times music has saved me from some of the most awkward circumstances. I was asked to be a godparent to a lovely little girl in Jamaica named Imani Easy.. One of my duties was to participate in the baptism of this lovely young child which was held in a church in the hills of St. Mary’s parish. I had spent a lot of time trying to think of the most apropos song for such a religious occasion and felt considering we were in Jamaica and Bob Marley is an iconic figure who’s music in some cases reads more like a spiritual hymn, would be the best suited for this occasion. Boy was I wrong. It wasn’t the congregation or the ministers at the church that felt it in adequate but my friends mother-in-law who was yelling Stop! Stop!!!, She is so extremely religious and felt only spiritual hymns were best suited for this environment. As I’m Playing “Small Axe” by Marley, I feel a tap on the shoulder from my partner Kim who says to me in a low voice “much respect man but you got to play something else”. I turned to look at the congregation who were sitting aghast and then back at the altar to the reverend who had the same shocked look on her face. At that moment I swear the entire island of Jamaica went silent in my mind. I immediately broken it was song of mine “The World Keeps Turning” and completed about a chorus and a half but when I was finished the congregation irrupt it into an applause as if to combat the previous uncomfortable moment. To me the whole incident felt like it lasted 10,000 years. When the ceremony was over and people piled out of the church into 98° temperature practically the entire church came to me and apologized for her actions and told me how wonderful it was that I was playing not only one of Bob’s songs but that I kept going. There were so many amazing conversations that happened on the steps of the church that it was more like some biblical event that was written about in ancient texts. The craziness of that musical moment was the catalyst for so many relationships and adventures that have since issued..

What are some of the most interesting or exciting projects you are working on now?

Ed Roman: I am in the midst of a new project or grouping of songs which I am going to entitle “A Recipe For Perpetual Spring” it will be a wide variety of colours tapestries and textures when it comes to songwriting and ideas. More like a nicely hoed and planted garden.

Who are some of the most famous people you have interacted with? What was that like? Do you have any stories?

Ed Roman: I’ve had the pleasure of meeting some very iconic people. I’ve had the opportunity to record and perform some iconic music on my albums. Alex Lifeson from Rush I would have to say would be relatively high on my list considering the band was a huge influence on me as a young person. I recorded their song “The Spirit Of Radio” on my double album Oracles & Ice Cream and had the privilege of sitting down with Alex during a charity event that I do every year. It doesn’t matter who it is but when we are enamoured by our influences such meetings can create an air of nervousness. When I first went to shake his hand and thank him for the opportunity to be able to record the song I think the first things out of my mouth were something like “mahar blahslip kimpo red omen “ …. when I saw his face and that he was laughing I started to laugh and I said “let me try that again” The next half hour was bliss and I look back at the experience as not only a pleasure but definitely something that I learned from..

Which people in history inspire you the most? Why?

Ed Roman: I am fascinated by inventors. Innovators and people that are pushing the boundary when it comes to their experience and how their experience can help the rest of the world. Nikola Tesla is one of my heroes. A terrible businessman but perhaps one of the most innovative human beings from the 20th century. It is through his collective conscious of information and his ability to see outside of the box in terms of their potential’s that created some of the most incredible advancements in modern civilization that are still in use today…

Who do you aspire to be like one day?

Ed Roman: Without sounding egotistical I try to aspire to be like myself every day. We are all defined by our influences and yet at the same time it creates our limitations. One of the hardest things to find is original thought and sometimes this requires more experimentation with yourself outside of yourself. As crazy as that seems I moved by so many people and experiences that it would be ignorant of me to say that it is not part of my bigger thinking patterns. There are these moments where we must reflect on these people and circumstances that have impacted our lives. Carlos Santana would call it casting. For about the first 35 or 40 minutes to an hour while you begin to play, many of your influences begin to seep. It takes some time through that navigation for your true self to start to emerge and your ability to listen to the things that are turning you on become captured by your imagination and become your own. It’s hard enough to be myself and what I’m trying to be is a better person every day.

How have you used your success to bring goodness to the world?

Ed Roman: At the moment I am using my abilities knowhow and connections to try to start a portable music school on the island of Jamaica. More like a Music bus. I was fortunate enough to make friends with Neville Livingston AKA Bunny Wailer, famous reggae recording superstar and part of the original three singers in Bob Marley And The Wailers. The idea that music can create a whole new generation of thinkers, feelers and excited artisans sounds very promising to me. Mr. Livingston also had ideas about creating such a school and I thought putting the two ideas together would make it more accessible for kids living in the interior of the island. We are in the process of recording a song that will be part of a fundraising campaign in order to bring about this wonderful idea for kids not only in the West Indies but perhaps all over the world one-day. Pass It On….

“If it’s too good to be true it probably is.”

I have had so many people come out of the woodwork in the last 20 years all promising everything from tours, record album deals…. you name it but it is of course your own work, hard work and persistence that will get you to the top of the heap…

“Don’t talk about a performance right after the show“

There are so many factors that make a concert or musical evening good or bad but sometimes in the moment our perceptions are coloured by something. We as musicians can be very critical about ourselves and our performances at the end of the night. It’s better to let things sit. We recorded a couple of evenings thinking we played terribly and when looking back at the recordings felt it would’ve made a splendid double live album. Sometimes you just never know.

“Don’t go looking for the big payout”. The most important thing you must do is always stay true to your craft and write as a result of your experiences. Trying to write for the wrong reasons is the wrong thing to do.

“Believe in yourself”. One of the hardest things musicians deal with is the belief in ourselves. Sometimes through continual disappointment we can become disillusioned with our craft. The important thing is to keep going.

“Don’t forget your history or your future”. Sometimes musicians can become ego driven through their own prowess and forget about where they came from and things that excited them about music at a young age. They are always healthy to return to..

I have been blessed with the opportunity to interview and be in touch with some of the biggest names in Business, VC funding, Sports, and Entertainment. Is there a person in the world, or in the US whom you would love to have a private breakfast or lunch with, and why? He or she just might see this.

Ed Roman: Tom Waits… An neon electric greasy spoon naugahyde booth diner underneath a bridge somewhere near the Hudson river. Under cooked eggs greasy bacon lots of coffee and Ryebread with kimmel seed… that is what I’d need. As we peddle away on tricycles wearing trenchcoats with old cigar butts hanging out of our mouths yelling gibberish at one another….. enter the Parisian accordion player with the missing middle C….

Thank you Ed for these excellent insights!

Ed Roman: Thank you so kindly for having me and It is been an absolute pleasure being able to speak with you today.

Originally published at www.huffingtonpost.com on December 8, 2017.

Young Change Makers: Why and How Madeline Sterling of Weill Cornell Medicine Is Helping To Change…

Stars Making A Social Impact: Why & How Vi Luong Is Helping To Change Our World

Social Impact Authors: How & Why Author Kris Girrell Is Helping To Change Our World